I have never been a big Joe Paterno fan. He always seemed too driven to win–but then so did Vince Lombardi, Woody Hayes, and a host of other coaches, both professional and college.

Still, I am sad to see him fall.  He did some good along the way.

So far, the story seems to be that he placed loyalty to an institution above moral values. It is an old story, not limited to athletics. The Pope and other religious leaders continue to deal with fallout from similar failings. Politicians often seem to be more loyal to themselves, or their lusts, than to their institutions–but it all comes down to demeaning others for something you want.

Why does this stuff continue to happen? What is more important than the dignity of every human being? 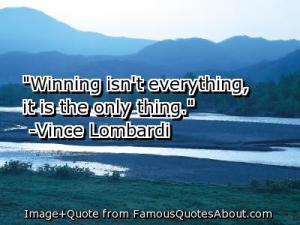 None of us is immune from temptation. That is part of the human story. But another part is that each of us has the capacity to choose whether to give in to it or not. We are responsible.

I have failed the test more than once, although not in these ways. I am sure I will fall short again. Thus, I do not gloat over another’s failure. And I expect to receive whatever penalty I deserve.

In the same way, Paterno, and others, need to own up and take the bitter medicine they have earned–no matter how many games “they” won.

Robin is a poet (claiming this later in life) and Queer Theologian--reflecting a soul of hope and faith and joy and justice/shalom. He is happily married to Dr. Jonathan Lebolt (20 years and counting), the proud parent of three glorious daughters (and grateful to two wonderful sons-in- law and a new one soon!), and the very proud "Papa" to Juna (6) and Annie (3). View all posts by Robin Hawley Gorsline

One thought on “Falling Short–Again”