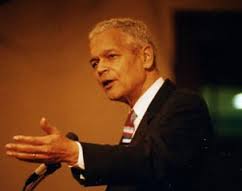 Julian Bond has died. A major voice for justice has been stilled. How will we choose to honor him? A monument or two would be good. Perhaps a federal holiday? I hope there already has been a postage stamp, but if not, that should be done quickly. Certainly, pausing long enough to say “thank you.”

But how about this? How about everyone wearing a button, “Black Lives Matter.” And here’s something we can do even before we get a button: those of us on Facebook, can post the button on our page, or even make it our personal FB photo.

I posted this image on my Facebook page a couple of days ago, after being reminded about the heroism, the martyrdom, of Jonathan Daniels (you can read more about him here). I am gratified to say that 44 people, mostly white, “liked” the sign. Three people indicated disagreement, and we have had some dialogue.

I asked white Facebook friends to post this on their pages, to spread the word. I hoped that if enough of us did it would spread and we could really spread the message and create momentum for real change.

Some friends did share: thank you, Anne Evers, Peg McBride Cook, Cheryl Owen-Watson and others.

I don’t expect Black friends who liked the sign to post it, but I was hoping more of my white FB friends would do so. I am glad so many clicked “Like,” but I am also disappointed for two reasons. First, that only 44 clicked “Like.” I generally draw more response than that. Second, that only two shared the link on their FB pages.

I admit I was surprised to by the negative comments from several friends of mine, and it was hard to read some of them. But at least they took the time to share their feelings.

But I suspect that is why some did not take the step of sharing. Who wants to be bothered with negative comments? That is especially so when they reveal a deep divide between them and you (I feel that about two old friends from my hometown).

I had decided not to say anything about this, and just chalk it up to people being too busy,

and perhaps too frightened. Then, my friend James Schuyler posted this picture (right) on his FB page this morning. Julian Bond is seated as his colleagues rise to vote to remove him from the seat to which he had been elected (by 82% of his district).

Bond was then elected again, and again the House threw him out. He took them to court. After his third election victory, the U. S. Supreme Court told the House they had no choice but to seat him as a duly elected representative of the people ( click here to learn more).

It’s not easy to stick your neck out. I know that. But if more white people don’t stick our neck out and take on our shameful history and help people take responsibility, we will never overcome.

White people have to take up the cause. Julian Bond did his part–and not just for African Americans either (becoming an advocate for LGBT people, all poor people, and people in other parts of the world).

It is long overdue, but it still matters that we do our part. It must become our cause, not just for “them,” the others (African Americans, Latino/a peoples, Native Americans, etc.), but just as much for our own souls, and the well-being of the nation we love.

We are only as well as our sickest cell, and the United States has not recovered from the illness of white supremacy/racism that marks 400 years of history. It is buried deep within us as a nation and in us as individuals.

We have been given yet another opportunity to shine the light of truth on this illness–that is what the tragedies of recent shootings make possible, and what a gift it would be to those who were killed due to racist rage if their deaths could be the occasion for national repentance and renewal. The question is, “Will we do it this time? Will we decide to stand up and lead the way forward towards true healing?”

Seen in that light, posting a sign on FB is not a big deal.

But then again, it could change everything.