We have been treated to high drama this week at the Supreme Court during three days of arguments about the Affordable Care and Protection Act. Both sides, or perhaps I should say, all sides, have had their say. 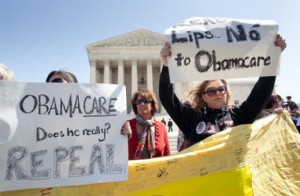 And our homegrown Attorney General, Mr. Cuccinelli, has been quoted as saying that he thinks the Supremes will strike down the entire law. Clearly, that is what he, and many others, want.

It will, I am sure, come as no surprise that I hope he is wrong. So please read what follows in that light.

My daddy used to say that you can always tell a lot about a person (he said “a man” but I am inclusifying his language) by what they oppose. And that is surely true in this case, as in many others. Here, Cuccinelli & Company are mightily concerned about what they see as a violation of the U.S. constitution. They talk much about overriding the rights of the people. I am not going to debate that today, although I will say that there are plenty of constitutional scholars who disagree.

So much is focused on the “individual mandate.” But a main reason the Obama Administration proposed this model is because Republicans had at an earlier time supported the idea. Governor Romney even implemented it in Massachusetts.

When President Clinton proposed a model more along the lines of Medicare, the opposition howled–not because they considered it unconstitutional (I have yet to read of a constitutional scholar who doubts the authority of Congress to expand Medicare or something like it to the entire country), but because it was a major expansion of government, and it would wipe out companies. Some opponents suggested the indivdual mandate model. ObamaCare is an effort to work with those companies, and build on their delivery systems.

Something my daddy did not say was something I have come to understand: you can tell a lot about a person by what they propose. And that is true in this case. In dealing with health care, those who oppose this law have proposed a few things–proposals based in a free market ideology that would possibly help 3 million (of 50 million) people without health insurance get covered, proposals to make importation and approval of drugs more efficient, etc. All this seems to be good.

It is just so inadequate.

So, the bottom line is that many oppose either obvious way to provide access to good health care for most all Americans, and that they have no viable solutions to offer.

Maybe, just maybe, they don’t have much interest in helping folks without adequate health care. I hope I am wrong.

I have been thinking that it might help crystallize understanding if Congress–and maybe the Supreme Court–experience what too many Americans experience: let’s let 18% of these officials go without insurance for themselves and their families. This is the current estimate of non-elderly, not children Americans without insurance. Let’s not them see any medical personnel onsite at the government buildings where they work, but instead have to go the nearest emergency room for care. And then let’s make sure that these 18% of the members of Congress don’t have access to Congressional salaries to pay the bill.

Finally, let’s make sure that some additional ones–I am not sure of the percentage here, but I am sure someone can figure it out–have only the most minimal insurance, for catastrophic need for example–because of the high cost of whatever insurance their employer does offer or what they can afford on the open market. Again, they can’t use their Congressional salaries, or if they can, the payments must approximate the percentage it costs the working poor to have insurance.

Oh, I know some will accuse me of class warfare, or even worse.

There is an area of public policy where I think Representative Paul Ryan, the conservative Republican who heads the House Ways and Means Committee, and I may agree, or at least where I think he is speaking a truth that comports with my understanding of biblical truth.

richest Americans–I applaud. This principle of widening the base from the top down–it is a clear principle for Ryan–lines up well with my belief that, in tithing to support the work of God, all my income be included in the calculation.

In terms of tax policy, what Representative Ryan is saying is that all income is subject to tax because no source of income is so special that it should be exempt. He might not put it this way, but I understand him to mean that we all have responsibility to maintain our government.

And it is interesting that his proposal has the highest incomes taxed at a 25% rate and the rest of us pay at 10%–the biblical tithe rate. He says this can be done and the result will be tax reform without raising taxes. We may part company on the question of increased revenue, because I think there are some needs we are not meeting adequately.

But I really want us to get our fiscal house in order, and think his proposal provides an opportunity to move forward. I hope he can find some colleagues, on his side as well as the other side, to join in the conversation. And make something happen.

C. L. Ermini and Rene Harvey sent me a link to a YouTube video that includes their son Tyree. I love this family (including Shianne) so I watched the video. It was great to see Tyree, singing and dancing with the other students. The video is entitled, “Spread the Word to End the Word!”

And the message is beautiful and true: don’t use the R Word.

The R Word is RETARDED. That is an ugly word. That word hurts people. It is an old word, that is still used. We need to stop it. Now.

The kids at Gates Elementary in Chesterfield County know this, and they teach us well.

I promise you that you will be inspired and you will have your spirits raised if you watch. Here it is . . . .

I appreciate much about various new technologies. I am well “synched”with my wonderful iPhone. I love texting, including sending prayers to church members 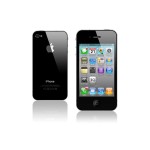 (what I call “prxting”). Face Time with my granddaughter Juna every week is a major high point.  I use email a lot–from my PC and my

phone. I Skype with my daughter in Mexico and church colleagues from all over. I tweet a few times a week.

So why I am feeling so overwhelmed by requests to join various online communities–LGBT groups, MCC groups, political groups, theology groups, etc.–on Facebook (which I also enjoy) and Linked In? And others I cannot even remember right now.

The simple answer is time. I don’t have enough hours in the day to juggle all this.

And yet there is something compelling about these new ways to maintain and build connection with people about whom I care, creating alliances with people whose values I share and with whom I can participate in creating a new and better world.

I am a pretty good multi-tasker, so I continue to engage some of this online community demand, but not nearly enough to receive much benefit. Frankly, at the moment, I am mostly showing the flag now and again–just to be sure I am not forgotten.

Obviously, what is needed is some prioritizing. But then that’s always my need. I cannot remember when I did not have too much to do.

So, as in many other things, now is the time for some prayer. Help me, God, to discern what You would have me do.

Sometimes, the old ways, the old media, is what your really need–prayer is irreplaceable as the tool to maintain and strengthen the ultimate network, being in full contact with God.